INCI-name: Sesamum Indicum Seed Oil We obtain our sesame seed oil in the following qualities: - roasted - cold pressed - cold pressed organic - refined - refined organic for usage in the cosmetic range and the food industries.   Origin: Mexico, India and Afrika The hamburger buns at all fast food chains are beautifully sprinkled with sesame seeds which invite you to enjoy. Already bakeries in ancient Egypt decorate their breads with sesame seeds as long as ago as 1500 BC! The origin of sesame seeds lies much further back than you may think, because 6.000 BC the first charred seeds were found in the upper reaches of the Indus river! The seeds are cold pressed and the extracted oil is filtered, but it loses none of its important ingredients. Residues of the milling and oil extraction are used in the baking industry, to produce confectionary or indeed as an additive in oriental sauces. The oilcake, sesame meal, is not only used as a feed compound for animals, but also increasingly as a nutritional supplement. Currently for our sesame oil, the seeds are cleaned, rinsed and dried before they are processed further. Each individual seed contains 55-58% oil and 30-35% protein, so that one can produce 300/400 liters oil from 1 metric tonne of sesame seeds. A distinction is mainly made between sesame oil which is either light or dark in color, and either strong or more mild in taste and odor. Dark sesame oil is essentially extracted from roasted sesame seeds, which are cautiously heated and then pressed gently. Due to this procedure, the oil gets an sensational taste and its dark color; as a result the oil is often used in the Asian cuisine to flavor oriental dishes. For the production of various foodstuffs as well as skin care products the light sesame oil is often applied, because of its neutral color and neutral odor. Due to the fact that the oil is very heat-stable, it is often used for frying/deep frying. In cosmetic applications it is used especially for the production of sun blockers and massage oils, because the natural absorbability of sesame oil is very high. Ingredients, which are similar to almond oil and apricot kernel oil, serve as detoxification of the body and other substances (medicinal herbs etc.) as a carrier into the human skin. Mainly the oil is composed of the oleic acid (50%), linoleic acid (38%), the typical fatty acids stearic-, arachic- and palmitic acids (all0,1%) and also lecithins (1%). Due to its naturally occurring level of tocopherol both sesame oil as well as the sesame seed oil have a long natural shelf life. 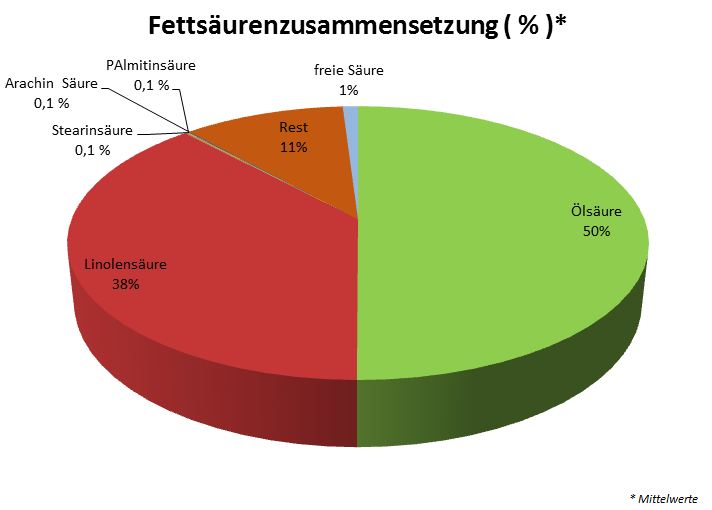 OPW Ingredients GmbH sources its sesame oil exclusively from Mexico, since this is simply the best origin which conforms to the European norms and quality standards. For the cultivation of sesame one needs a lot of sun and high temperatures, so that the countries closest to the equator are predestined for this crop. Due to the present demand, which is strong around the globe the price levels of sesame oil rises slowly but surely. We, OPW Ingredients GmbH, advise you to cover your open demands, before the prices will rise further. If you are interested or need further information regarding our sesame oil, the team of OPW is available to help with words and deeds. Please stay tuned and keep an eye on the OPW BLOG for more information!